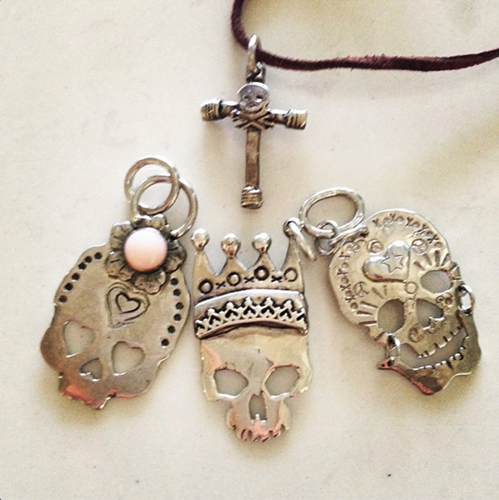 It’s no secret that I create a lot of skulls in Bamtastic Silver.

After living in Los Angeles for several years, the day of the dead designs rubbed off on me. Here’s just a few of the skulls that are inspired by the art in East LA.

Our house is even more covered in skulls as well as once someone finds out how many skulls I have, they seem to send them to me! Ha! I’ve got Mexican day of the dead skull band figurines along with skull erasers, bicycle tire knobs, skull tshirts, and of course, my own collection of skull jewelry.

I’ve also studied pirate history and can usually tell upon first glance which pirate flag is the inspiration for any number of skull designs.

Sign up to our newsletter and receive 15% off your first order!